7 Bridges Solar is a proposed project in Mecklenburg County, Virginia that could power approximately 20,000 Virginia homes. The project area lands are currently forested and have been in logging rotation for many decades, located two miles Northeast of Chase City between Scott’s Crossroads and Route 49. The site’s developer, Longroad Energy, operates more than 3,000 MW of renewable energy projects nationwide.

The current site has mature forests surrounding the lands that are proposed for solar panel installation, such that the paneled area will not be visible to the public from any public roadways or residences. The forested screen around the project will be maintained for the life of the project as a condition of the county permit.

A Community Partner with Mecklenburg County

Longroad Energy spent over a year listening to the community, and responded with substantial improvements to 7 Bridges Solar, including:

Longroad has conducted an engineering analysis of the site wetlands, streams, and the Meherrin River to support a site design that protects aquatic resources from impacts during site development. Additionally, we have invited community input at public meetings in order to hear about the local resident concerns. Based on the engineering analysis and community input, Longroad has pulled panels back from the Meherrin River and tributaries by at least 400′ – well more than required by the State Department of Environmental Quality.

Additionally, Longroad will plant native grasses and pollinators throughout the site, and has talked to local bee-keepers who will use the site for bee hives and honey production. A detailed wildlife analysis was completed to ensure that the site would not impact any protected species.

The 2018 Virginia Energy Plan deemed 5,000 megawatts of utility scale renewable to be in public best interest with at least 3,000 megawatts to come online by 2022. Current legislation in the General Assembly plans to achieve 30% carbon free electricity generation by 2030 and zero-carbon emissions by 2050.

What are the Benefits?

Solar is a cost-effective and clean source of emission-free energy. And utility-scale solar is one of the lowest-cost forms of electricity generation on an unsubsidized basis. Additionally, solar projects allow for the land involved to be returned to its original use.

Approximately 200 new jobs will be created during the construction phase of the project. We have partnered with Southside Virginia Community College to increase solar installation program scholarships, and will hire local whenever possible.

More Than $7 Million in Tax Revenue

Longroad has elected to use panels from First Solar, a US company. Only materials that are environmentally friendly will be used in the 7 Bridges Solar project. 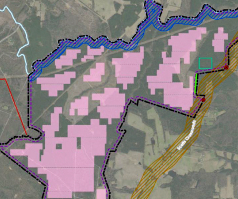 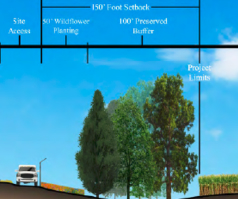 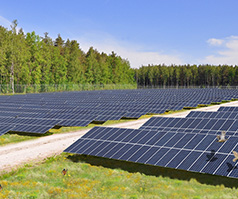 Take a second and let us know you'd like to be updated with the latest news about the 7 Bridges Solar project in Mecklenburg County, VA. We'll send you important updates about the project and how you can make your voice heard.

Thank you for registering

You will receive a confirmation email to complete the process.